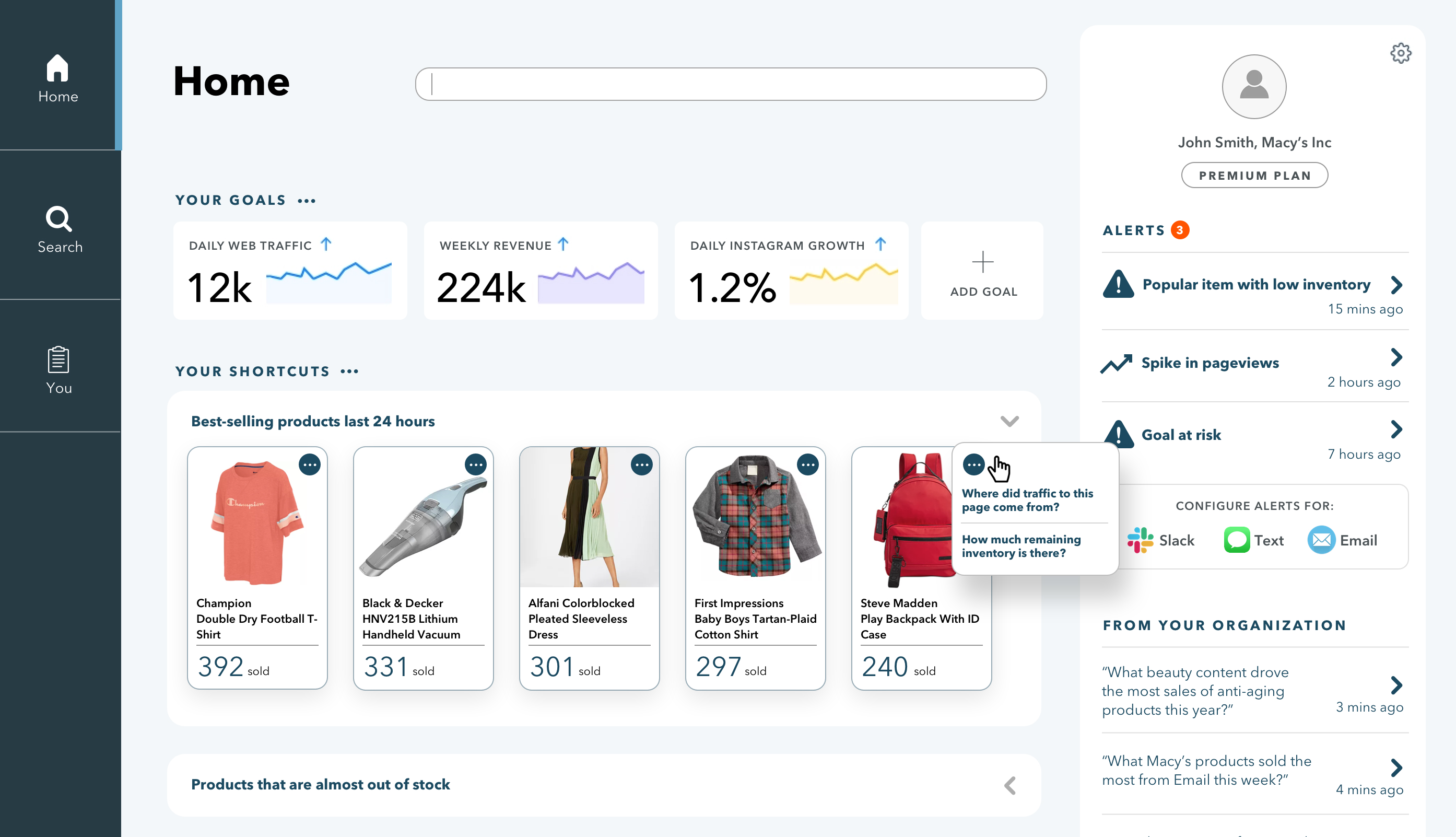 With more than 30 US brands and 300 international brands and websites, Hearst collects a nearly endless stream of user data and insights. While this data is useful for internal Hearst employees, the question was raised by Hearst executives whether the data could be valuable to external third parties. With my help, the answer was yes.

As a rapid-prototyper with business acumen and a love for research and product discovery, I was enlisted to help create a product that would surface Hearst data to external companies, and we called the effort Pattern & Shape.

Our first step was to identify what types of Hearst data was most valuable to third parties. So I conducted focus groups and user testing to try and get more clarity there.

One valuable type of data that was enticing to third parties was around public figures; which ones were rising and falling in the public eye. Since Hearst publishes content from pop culture brands such as Esquire, Cosmopolitan, Elle, Harper’s Bazaar, and more, we had plenty of engagement data around which celebrities were featured in stories that were trending.

So I began wireframing and designing some visual artifacts that would surface engagement data around celebrities and other trending topics so we could build a prototype and collect user feedback.

In addition to trends, people were interested in seeing which products featured in content were getting the most clicks.

User testing from early mockups revealed that this data was indeed valuable to people who were marketing and creating products, but the challenge remained how to surface that data in the right context.

So I helped envision and build a Chrome extension that would surface the appropriate data atop the actual editorial content where the clicks were generated.

Although the Chrome extension proved to be a valuable tool for content marketers and content creators, user testing revealed a need for a "home base" to aggregate all the data we were collecting.

Since its inception, Pattern & Shape has been driving insights for both internal Hearst decision-makers and a select group of third parties. It's also helped sell dozens of content marketing campaigns for advertisers, resulting in significant incremental revenue.

You can read more about Pattern & Shape on Fashion Week Daily.